It's Personal: Your Story, Your Way 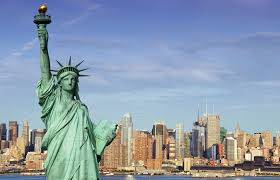 I’d like to share a childhood memory. I had just turned seven and was on vacation with my family. We’d spent a week in New England where my sister and I saw the ocean for the first time. Before we returned to Ohio, we spent a couple of days in New York City.

Even as a child, I loved New York and had looked forward to this part of our vacation. On this, my first visit I enjoyed the hustle, bustle and excitement of the city. I loved going to the top of the Empire State Building, riding the subway and the extravagant show at Radio City Music Hall.
However, there was one thing that bothered me on this visit to the Big Apple--and the incident has continued to bother me for years.
The incident took place during our visit to Liberty Island. It was a hot summer day, but the ferry ride across New Yok Harbour was very pleasant. The views of the city were spectacular, while Lady Liberty left me awestruck. Once we arrived on the island, I remember the smells of hotdogs and popcorn. I also remember a very long line to board the elevator that took visitors to the top of the statue; something I'd dreamed of doing ever since I'd learned this was possible. My parents said it was too hot to walk to the top of the statue, so we’d admire the statue from the ground. While disappointed, that’s not what upset me.
There were a lot of people on the island that day, including a large group of children who were playing in a grassy area and speaking a different language. I was fascinated by what could have been either Spanish or Italian. Close to the children was flock of pigeons. I watched these children run into the pigeons who quickly took flight. For a few brief moments the children and birds became a single energized unit. For a seven year old from the Midwest, this was an amazing sight. In my excitement I pointed to the children and the scattering pigeons as I pulled on my mother’s skirt.
“Mom! Look at the flock of children!” My choice of words was deliberate, and in my seven year old mind, quite clever.
Instead of looking at the children, my mother was looking at me and shaking head. “No, Donna. The word flock refers to birds. You should have used the word group in referring to the children.”
And that reprimand was what ruined my trip to Liberty Island. 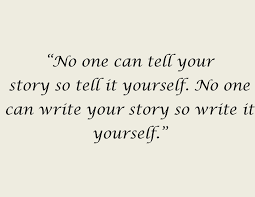 Of course, I knew the word flock referred to birds. But in this case the word flock was better way to describe the children in this heightened moment as nature and humanity combined to create a few moments of sheer joy. And I was joyful-- until I was corrected for describing an event as I saw it that hot afternoon. At seven, while making a rather keen observation, I was not equipped to take on an argument about vocabulary and usage with my mother, a teacher and perfectionist when it came to the English language. For years, I refused to believe that my choice of words was wrong.
Years later in junior high school English class, I first heard the word, metaphor; a figure of speech in which a word or phrase is applied to an object or action to which it is not literally applicable. Finally, I felt vindicated. My use of the word flock so many years ago had been correct in my own personal interpretation of an event.
Of course, my mother denies any knowledge of the pigeons and Spanish-or-Italian-speaking children on Liberty Island incident. But to this day, I still gloat over the fact that I was right in describing the incident- or telling the story my way.
As an adult, and now as a writer, I firmly believe that your story is just that; your story. You should always tell your story in your own voice, honestly and in your own unique way.
To some, freeing yourself to spill the essence of your life experiences and emotions onto a page may seem like an exciting adventure. To others this same idea is terrifying. 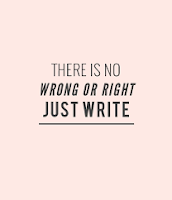 Years ago, a mentor gave me the following advice. “When you’re writing fiction, you’re creating a world full of unique characters and situations. It’s your world, so who’s to tell you what’s right or wrong. Be true to your characters and their integrity. This is especially true when as you’re writing dialogue. Allow yourself to tell your story in your own voice and point of view. And don’t worry about breaking any of the traditional rules of writing from time to time.”
While the advice sounded simple and a tad rebellious, I took his advice and immediately noticed a change in my writing. First of all it was easier to write as the words flowed more easily from my imagination and onto the page. My characters became stronger. And once I released myself from the notion that I had to follow all the rules, I began to enjoy the writing process more. I was willing to take more risks, and as a result have become a better writer. 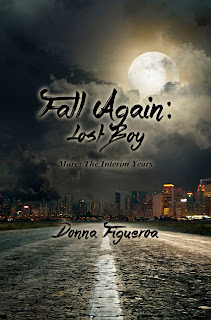 While this approach has served me well, I’ll admit that sometimes I’m hesitant to push through some of my remaining walls. In the second novel of the Fall Again series, Lost Boy, my editor suggested using a word that I originally felt uncomfortable using. While I had considered using the word (bullshit) as I originally wrote the section, I opted for a weaker word which, as a result, weakened the scene. My editor advised me, “You have Marc telling a boldfaced lie to a friend in a situation that is relaxed and casual. Why don’t you, as the narrator, call his lie what it is?” In the end I realized that he was absolutely right. Had I been true to myself initially, I would have followed my instincts and used the word early on. I feared I might offend my readers. My reliable beta readers told me the scene was funny and real, which was my intent all along.

In the third novel of the series, California Girl,(available this summer), I explore some difficult subjects, including an abusive relationship. At first, approaching these subjects was challenging, and I briefly fell back into trying to tell my story "nicely." Needless to say this approach didn't work. My characters, and especially my heroine Lauren, lost integrity. When I dismissed thoughts of what  I feared others might think and remained true to the subject matter, my writing took on an honest and emotional quality that had been missing.
Weaving words together to create worlds and people is a talent and an extraordinary gift. Trust yourself, your talent, and please, trust your readers. Give yourself permission to freely explore your gift and artistry. Give yourself permission to embrace your own flocks of children- whatever that means to you!

By telling your story in your own unique way, you’ll allow your voice to ring through true and clear, while becoming a better writer! 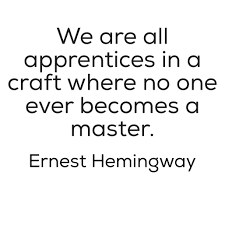