The Most Valuble Asset for Performing and Creatve Artists: Your Health

Once again I've put way too much on my plate while trying to balance acting and writing careers, running household and being the perfect wife. Recently, I had to reevaluate my priorities.  It's a matter of health. 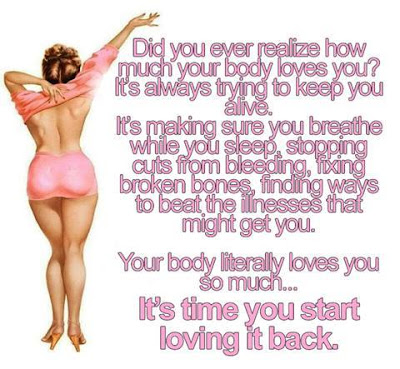 A Cautionary Tale
Things had been going well. My first audition of the year resulted in a booking. I was auditioning regularly and had a high callback ratio. I was working a day job that I actually enjoyed, working with a group of creative people on public speaking presentations centering on historical events--and I love history. Life was good.
On Monday evening, my husband  and I had a friend over for dinner. It was pleasant evening that ended with my husband and I watching a favorite TV show. Then we went to bed.
My husband fell asleep quickly. But I'd been having more and more difficulty falling asleep lately; my mind was constantly racing with random thoughts. On this night I also found myself unable to relax.  I felt weird. I was out of breath like I'd just run a race. My heart was pounding and felt like it was about to burst through my chest. I had a horrible headache which caused dizziness.
Something was wrong. Not wanting to wake my husband, I slipped out of bed, went online. According to WebMD I was exhibiting symptoms of a stroke...the online info said to call 911. I didn't. Instead, at 2:10AM I woke my husband who took me to a nearby emergency room where I was given a thorough exam that included several neurological tests.
No. I was not having a stroke. In fact I was embarrassed with the diagnosis of sleep deprivation and anxiety. 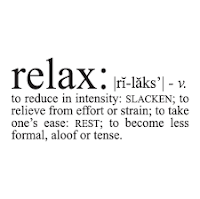 The ER physician wanted to know what was happening in my life. I replied that things were good. He asked me to think back over the last few months to find a possible cause of stress. The month before we had some unexpected repairs done in our home which disrupted our home life and made it necessary to change our routines. That was defiantly a source of stress, but that was a month ago. He informed me that stress never leaves the body. When he asked me about my everyday routine, it was apparent I was burning the candle at both ends; doing far too much on any given day and only getting four to five hours of sleep a night. He prescribed, relaxation, rest, sleep (he wanted me to take a sleeping aid for a few nights), and told to follow up with my GP. Finally, he gave me a work release for the next day and instructed me to call in sick to work.
I didn't listen. After just a few hours of unrestful sleep, I resumed my regular routine. I was at a commercial callback at 10AM before going to my day job where I remained until 5:30PM. Instead of going home, I kept an appointment with my hairstylist before returning home after 8PM. I went to bed early, but only managed to sleep for three or four  hours. I got up early the next morning and began all over again. I was not going to let a little lost sleep and stress get in my way.
Is it any wonder that I ended up with the same symptoms--only worse a few days later? This time I listened to my body--and made myself and my health the priority. The End
My story is not unusual among performing and creative artists. Many times we find ourselves balancing our craft with the everyday demands of life (family, day jobs, household, etc.) Sometimes we see ourselves as super beings and strive to do everything...and to do everything well.
Many creative professionals are perfectionists and possess vey strong work ethics. (An old boss at a former day job told me he hired actors whenever possible because of their strong work ethics and attention to details.) We want to do well in all aspects of our lives, especially in our artistic efforts. So is it any surprise that some of us are taking on more than we can handle and find ourselves trying to perform an impossible balancing act?


-An LA actor friend had just sent her husband, also a working actor, off to New England where he would be doing a play for two months. She was getting their seven year old daughter to and from school everyday and arranging for a sitter when necessary, going on auditions and subsequent bookings, working a part-time day job, and running their household. One day, while shopping for  ingredients to make homemade cupcakes for a next day school event, she was rushed from an area grocery store via ambulance due to chest pains. While she was sure she was having a heart attack, she was diagnosed with anxiety.

-A dancer on a cruise ship performed her two nightly shows while ill, though she managed to conceal her condition  from the cast and crew. She performed the next night as well, only this time she collapsed backstage after the second show. She had the flu with a fever of 102 degrees.


-One Saturday, an LA actor woke up with a bad stomach ache, but went to work the day job-which was somewhat physical. No amount of Pepto-Bismol would provide relief. By the end of the day the actor decided not to wait to contact their own doctor on Monday morning, and went to an urgent care facility. Less than two hours later, a (non-emergency) appendectomy was performed. They were home the next day. Had this person waited the appendix could have ruptured meaning a more invasive surgery and a long hospital stay and recovery.


Thankfully these scenarios as well as my own had happy endings. But there also stories of those who have ignored messages from their bodies, and whose stories don't end happily.. 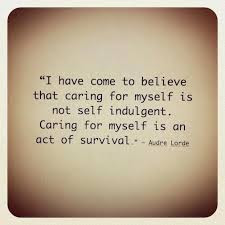 A woman who at age 26 never had a Pap Smear, was required to get one during her physical before she began working as a dancer at a large resort. The test revealed she was in the early stages of cervical cancer. She now admits that she'd just never taken the time to see a doctor despite a few warning signs.

Another performer found a lump in her breast which was advanced breast cancer. While over 40, she'd never had a mammogram.

Lastly, I know of one incredibly gifted actor who let a minor and treatable infection go untreated. He continued his usual fast-paced routine that included playing basketball. The infection eventually reached his heart and killed him. This man was in his thirties, in good shape, and by all outward appearances, healthy. Had this man seen a doctor and gotten on a cycle of antibiotics and possibly taken it easy for a few days, he'd still be with us.
When I had  my own health scare (more than ten years ago now), I made some simple changes in my life that have helped keep me healthy. I'm not talking weight loss, just maintaining my health.
While I'm not a doctor,(though I've played one on TV), I'd like to share a few common sense things to keep in mind. Most are common sense. So please consider these few friendly reminders. 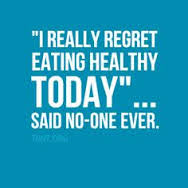 Eat Sensibly/Eat Healthy. The better you eat the better you feel, and the better your body will function. After my scare, I began to watch my salt and processed sugar intake, which meant I was reading food labels. I basically eliminated most processed and fast food. Anything high in fat was cut to a minimum. I stopped eating red meat and pork. I rarely drink soda. I was never big on snacks, but when I do try to stick to fresh fruits and veggies, yogurt.  I still enjoy an order of fries or a favorite desert on occasion. The key is everything (including alcohol and caffeine) in moderation. Know your BMI. Use this number a  guideline to maintain a healthy weight.

Hydrate. The old adage of 8 glasses a day is no longer true. Instead, think about how much you weigh and divide that number in half. That's how many ounces of water you should drink per day. For instance, a person who is 200 pounds, should drink 100 oz. of water per day to be adequately hydrated. Consider making water your default beverage.
Have a physical every year. See your dentist twice a year. Get an annual flu shot. Ladies, see your gynecologist. Make sure you schedule appointments for  the tests and screenings that are recommended (mammograms, colonoscopies). While some test are unpleasant and sometimes embarrassing, they are potentially lifesaving. (many states have programs for standard screenings if you are uninsured.) Here's a list of suggested screenings, though always consult with your own physician.

Exercise. Make exercise a part of your life and choose something  you enjoy that you won't dread doing. A good walk can help to clear your head, while stretching (yoga & Pilates) help with flexibility, circulation and sleep. I love fitness DVD's that allow me to exercise without leaving home.

Don't Smoke. Or, stop smoking.
Get enough sleep. The number of hours will differ for each person, though most of us need anywhere from six to eight hours a night. Remember sleep allows your body to recharge.
Listen to your body & do what it says. You know yourself and your body better than anyone. You
know when you can treat yourself or when you need to seek medical attention. Waiting too long can sometimes lead to complications and a hospital stay for conditions that could have otherwise been treated easily.
It's okay to stop (or at least slow down). This is not a sign of weakness. In fact I believe stopping 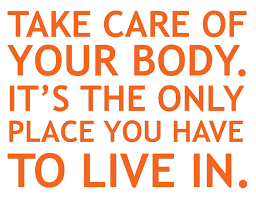 when needed is a show of strength and self- respect. Remember, if you don't stop, your body will stop you. (Years ago as I was getting ready to move to LA, I scheduled myself to work 18 hours a day for two weeks solid at three different jobs. Ten days in, I woke up one morning unable to move. Exhaustion won. I dropped one job for the remaining  few days.)
Your body is your most important instrument and an incredible machine which must be maintained to keep you going physically and mentally. Your body is your dwelling that allows you to exist. This is where you think and create. Your body transports you from one place to another.

Without your health, you can't give 100% to yourself, your craft or to those around you. 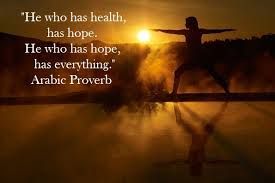