A Casual Conversation Planted Seeds for a Series of Novels...and a New Artistic Direction. 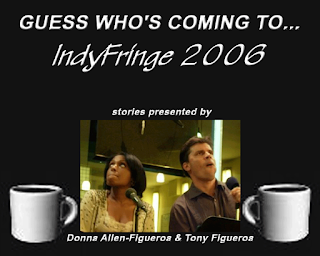 In 2006, my husband Tony and I wrote and performed a show for the Fringe circuit. The experience took us to several cities where we saw many live shows and met performing artists from all over of the country.

While in Indianapolis, we joined another married couple for dinner one evening; performers who were also doing a show in the Indianapolis Fringe. Christian and Catalina amazed audiences with magic and telepathy, while our show was a series of stories based on our marriage and living in Hollywood.
Once our drinks arrived at the table, Catalina proposed our next show. “You should do a show about your experiences as actors in Hollywood! People would find it fascinating.”
This sounded strange. “But it’s not fascinating! It’s just what we do.”
Catalina disagreed. “Not to people outside of the industry who are dying to know about the real Hollywood! I’ve enjoyed listening to your stories and I'm sure others would too!”
Hollywood is a city, an industry and a state of mind. For Tony and me, it’s home.
While we never wrote that show, I never forgot Catalina’s words --words that may have planted the seeds for my contemporary romantic series, Fall Again. The  four-part series follows the lives of  working artists and takes place over twenty years.
When I began to write the first novel in  the Fall Again series, my focus was bringing the tortured romance of  my two central characters, Marc and Lauren, to life. But this is also very much a story about the lives of working actors. I found myself thinking about my own experiences in the industry along with experiences of my fellow actors and other artists. Many of these events found their way into my manuscript and became elements in the careers of the actors in Fall Again.

When we first meet Lauren Phillips, she’s just completed her first day of work on a network soap, the fictional Clayton’s Crossing. For years, daytime dramas provided work and on the job training for many actors (Brad Pitt, Julianne Moore and Meg Ryan, to name a few.) My first job on network television was on NBC’s Days of Our Lives. Like Lauren, I was nervous…especially when I learned my first network television scene would be with Genie Francis, (formerly Laura Spencer on General Hospital), who was soap opera royalty! This was Genie’s first day as reporter Diana Colville. She comes to Salem’s University Hospital searching for someone who can identify a person in a photograph and approaches the nurse at the desk…me! I had five lines of dialogue that day. (For the record, Genie Francis was very nice and helped make this day smooth and memorable.)Ten days later, I was back on set, and would return to DOOL regularly as Nurse Evelyn for ten years.
﻿
In the third novel, Lauren will book a job as a guest star on a sitcom. The event was inspired by my ﻿﻿own appearance on The Robert Guillaume Show. Yes, I was thrilled when I booked the job and loved working with Robert who I had admired and watched for most of my life. But for me this was just another job; it’s what I do. For every amazing day in an actor’s career, there could be hundreds ordinary days.

The Fall Again series starts with Fall Again: Beginnings where actors Marc and Lauren are auditioning at the same Los Angeles casting studio.This is the first time they have seen each other in over twenty years. The story then shifts to New York City in the late 1980's where Marc and Lauren meet, become good friends and eventually fall in love. While Marc and Lauren are actors, many of their friends also have careers in the arts. There is a writer, a dancer/choreographer, a comedienne, and an award winning poet. We follow this close knit group of friends in the early years of their careers. There are a variety of day jobs, family conflicts and work related separations. During the series, the careers of the secondary characters will also be followed.

The second and third books, Fall Again: Lost Boy and Fall Again: California Girl (available this summer), follow Marc and Lauren's careers during their twenty year separation. While both are working actors, their lives and artistic journeys are very different. Both encounter events(9/11, entertainment industry strikes) that effect their careers  as they both continue to evolve and grow as artists. There will be relationships and other personal issues including growing older in business that fixated on youth.

The final novel, Fall Again: Reunion (available this fall) reunites Marc and Lauren after a twenty-two year separation. Together, they will try to find balance between their personal lives and careers as they again, consider a romance.

I wanted the Fall Again series to  realistically reflect the lives of creative and performing artists, (though every creative will follow his or her own unique path). The series is grounded in the real world of working artists. All of my characters are dedicated to their careers. They are professional, diligent, and as a result, are earning livings as performing and creative artists. Those working in  creative and performing fields are often misunderstood by those in more traditional jobs who often have misconceptions of artists being frivolous, lazy and unfocussed. (I addressed this subject earlier this year in the post, Artists, Angst and Tee Shirts) 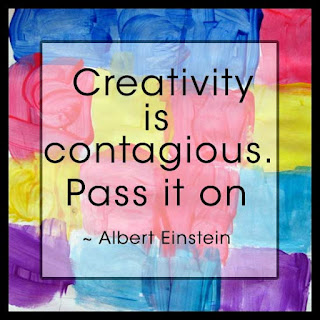 As an actor, there are often circumstances that are beyond my control. But as an author I’m enjoying complete control of the world I've created. I'm finding that my two careers are supporting each other since creativity feeds creativity.

In Fall Again, my goal was to provide a realistic glimpse into the lives of working actors and other creative artists. Hopefully I’ve dispelled some misconceptions of those in creative professions, while telling Marc and Lauren’s love story. I want my readers to experience the triumphs and heartbreaks throughout my character’s careers, and most importantly, enjoy their journeys.

The Fall Again series unknowingly began almost ten years ago over a casual dinner conversation between creative people in a creative environment.  Albert Einstein said it best--creativity is contagious.