Are You Ready for Your Closeup? Actor's Headshots 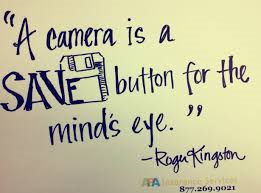 I came home after an unusually long day at work to a blinking light on my answering machine. (Yes, I still have an answering machine as a kind of communication security blanket.) It was my agent. She spoke some of the most frightening words an actor can hear:

I think it's time for new headshots.

She couldn't be serious. It seemed like I'd just gotten new shots last year-- or was it two or three years ago? And my photos still looked at me, right?

When I met with my agent the next week, she assured me that my shots did look like me, but that in this day and age of abundant digital submissions, I needed to update my photos to remain fresh. She explained that those casting would stop seeing a shot that they've been seeing for months-it's just human nature. She then went on to say that she's recommending that her clients update their photos at least once a year to remain competitive. She had a point. I called my photographer that day.

Many professional actors, like myself stress over headshots, one of the most important marketing tools for actors. An ideal headshot is a true representation of the performer. While it goes without saying, your headshot should look like you look, today. Thanks to technology, the industry standard has shifted to color photographs that capture skin tone and present a more accurate image of the actor. But your actor's headshot should also capture your personality--something happening beyond the eyes, so to speak.

Like so many young eager actors, my first headshots were a disaster. I was going to audition for summer stock theater for the first time and needed a headshot. I had no idea how to go about obtaining one. During spring break, I returned to my home in the Midwest and went to a photographer my parents knew. He took  photographs,((head, neck and shoulders) of me in a Danskin leotard. These were perfect examples of what not to do. The photographs were stiff, overly posed and looked like a senior yearbook photo. Ironically my own senior photos were casual candid  shots and reflective my truer self. If the glamor shot places in malls existed then, I may have gone there and produced another set of unusable headshots. These shots, while glamorous, don't reflect the subject as they truly are. How many of us are constantly overly made up and air-bushed to unreal perfection?

I did a second session with another photographer less than a year later, also back in my Midwestern hometown. This photographer was an artist who dabbled in photography. I described what I needed, and he delivered several shots, some of which were usable. However, I failed to get them reproduced properly, getting really good Xerox copies. Miraculously, one of these shots led to one of my first acting jobs in Chicago.

﻿﻿
Once in Chicago, I had my first professional headshot session. The husband and wife photography team encouraged me to consider the types of jobs that I would be auditioning for (high school & college students, fast food counter girls, entry level office workers), which I admit was something I'd never thought about. The shots done that day accurately reflected me as a young woman in her late teens and early twenties.

To be honest, I hated my first real headshot so much that I got rid of all of them years ago. It was cute, wholesome and so not me.  Like any other twenty-something I was still trying to figure out who I was as an actor, and as a person. (My mother loved the shot, saying that I looked just like singer Leslie Uggams.) But funny thing, that young looking picture got me into several auditions that resulted in several bookings. I played teens into my thirties.

Throughout this post I've included a few of my favorite commercial headshots that trace my career from a twenty-two year old novice in Chicago through the present in Los Angeles. I recently shared these photos with my current agent. She made an interesting comment:

You look the same. What changes is your confidence level as you've grown as a performer.

I've done several headshot sessions, (in Chicago and LA) and have shot with many photographers. I've shot with people who were at the time the new hot photographer in town,  photographers who've been referred by actors whose headshots I liked and new photographers just starting out. It doesn't matter, just since the final result is a true reflection of you.

-Never shoot with a photographer whose work you've never seen. You want to see the caliber of work before you commit to a session. This can be easily done online or in person. The perk of meeting someone face to face is that you're able to gauge your comfort level with this person.

-Do take photographer recommendations from actors you know and trust.

-Never be forced into using a photographer. (I've heard horror stories of less reputable agents and managers getting kickbacks from photographers.

-The amount of money you pay has nothing to do with the finished product.

-Do you want to hire a makeup artist? This is primarily for women. If you feel comfortable and confident doing your own makeup, do it yourself. In this digital age you can always see how you look before your session begins. I also let the photographer advise me to whether or not I should touch up or alter my makeup as the shoot progresses. I started doing my own makeup years ago when I was about to go into a shoot and was undecided about whether or not to have my makeup done professionally. I was told that the client before me was using a makeup artist they worked with regularly and could stay for me if I desired. As it turned out, the actor before had my coloring. Her makeup was nice, but I knew I could do a better myself. I've done my own makeup ever since. Doing my own makeup is one of my relaxation rituals before a headshot session.

-If possible, talk to your agent or manager before you shoot. Make sure your goals for your headshot sessions are the same. Make sure you know how your agent sees and is marketing you. Ask if there are any current trends you should embrace or avoid (career specific wardrobe, for example) I always ask which categories and age ranges my agent is submitting me for most. If you don't yet have representation, talk to an acting coach, or an actor who knows you and whose opinion you trust.

-Have a good idea of how the industry sees you. This is something that will change over time. (If at this point in your career, you're an ingénue, don't be photographed as a vixen.)

-When you arrive at your session, leave your worries at the door, have fun and relax!

-Be proactive during your session. If an outfit or line of direction isn't working for you, say something.

-Keep reproductions to a minimum. Thankfully, actors don't need as many photo reproductions as we used to since most castings are done through online submissions.

-Have a headshot that pops: Most casting directors are looking online at smaller versions of your headshot online. Make sure your headshot pops with color and a strong attitude. Remember, you're sharing the screen with several other actors. A picture that doesn't pop won't be as easily noticed. A vibrant color and good attitude will help your shot get noticed.

-Keep your headshots updated: I always tried to reshoot every other year. Because technology has increased the number of submissions to those in casting, some industry insiders are recommending that actors change their shots at least once a year to remain fresh and viable.

-Hopefully you'll have many shots to choose from. Get opinions from those closest to you, and your representation. But remember, let the final decision be yours. With that in mind...
﻿

-DO NOT BE OVERCRITICAL OF YOUR OWN SHOTS!

﻿﻿﻿﻿﻿﻿﻿﻿﻿﻿﻿﻿﻿﻿﻿
Several years ago, I was looking at a friend's new headshots. I've known this actor for years, and these were not only his best shots, but these were some of the best headshots I'd ever seen. I made a note to myself that I'd ask for a referral the next time I needed shots, and promptly forgot. When I was asking my agent about photographers, she recommended Robert--who turned out to be the same man who'd done the great shots of my friend the year before. Recently, I did my third headshot session with Robert Kazandjian (http://www.kazphoto.com/). Until Robert, I'd never returned to a photographer. I love Robert's work, he's easy to work with, and I always have too many choices, which is a very good thing.

A few years ago, I did do a session with another photographer from Chicago who was visiting Los Angeles. Beka is one of my oldest friends. She is a multi-talented artist who I met while singing piano bar in the early days of my career. I'd seen several examples of her headshot photography on her website and genuinely liked her worked. I was curious to see how someone who knew me so well would capture me.
Beka arrived in Los Angeles less than two weeks after I lost my father. I almost considered cancelling our shoot because of my emotional state. We shot late one Saturday morning, outdoors on and around Santa Monica Boulevard in Hollywood. The shots were amazing. She captured a part of me that had always eluded the camera. She put it this way:

These shots show a woman that has been through something.

My favorite Beka shot is my current author's photo that I'm using for my Romantic Series, Fall Again. (Incidentally, I showed this shot to Robert Kazandjian last fall during our last headshot session. He loved Beka's shot.)

I recently found this short film of an experiment done in Australia by The Lab. In Decoy, six photographers shot a single subject. Each was told something different about who the subject was before their sessions. The final photos are amazing and surprisingly different as they created photographs based on their own perceptions. As an actor, I found Decoy interesting and telling. It reminded me that different people, and not only photographers, will see you in entirely different ways.

I was a having coffee with an actor friend of mine recently. She pulled up a headshot on her phone and asked for my opinion. I liked the shot because it captured her physically and emotionally. It captured an inner essence that is often missing in headshots. Both the composition and lighting were beautiful.  She laughed. "My husband took this on his phone a few weeks ago. I liked the picture and showed it to my agent who insisted we put it on my online profile. I just had some of these reproduced. Can you believe it? A headshot taken on a phone!"

Is this the way of the future? I don't know. In the meantime, I'm keeping Robert's number on speed dial.