Falling Short: Confessions of a Would Be Dream Girl 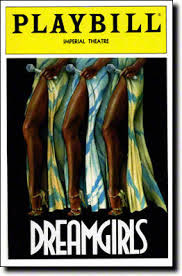 Like any other working actor, I have a many audition stories. This one, which highlights my "shortcomings" is one of my favorites.


At the beginning of my acting career I was living and working in Chicago.  For actors who are just starting their professional careers, Chicago is a great place to learn the business of the business. The talent pool is smaller, so newer actors will have opportunities that that they may not have in New York or Los Angeles.
One Thursday afternoon I received a call from my agent Jan Marie. Jan was a new agent and the owner of her own agency. She often struggled to get her clients into auditions with many production companies always calling and using the established talent agencies. I’d never heard her this excited.
Donna ...you’re in! I got you a spot on Saturday. It took some doing but you’re in!


Jan slow down.  What did you get me into?


An audition for the National Touring Company of Dreamgirls! You're going in for a role in the ensemble.


Dreamgirls premiered on Broadway in 1981. The musical is based upon the show business aspirations and successes  R&B groups like The Supremes and The Shirelles. The musical follows the story of a young female singing trio called "The Dreams", who become music superstars.
Auditions for a National Touring Company of Dreamgirls were being held in Chicago. The audition was big news throughout the African-American acting community, and just about everyone I knew was trying to get one of the few coveted audition spots.  But not me. You see, ever since Dreamgirls opened on Broadway, I’d had dreams of being part of the cast…that was until I saw the breakdown:
Ensemble: Attractive black females, 18-30.  Must sing and move well.
Height Requirement: 5’6-5’11.


I was heartbroken.  I fell several inches short of 5’6.  When you think of the musical Dreamgirls you think statuesque women like Sheryl Lee Ralph. I'm barely 5'3 so I never got involved in any of the pre-audition hysteria of looking for the perfect songs (up-tempo &  ballad), finding the perfect  outfit, then starving myself to fit into the outfit.  It didn’t matter.  But now, I had a spot that others would kill for. At first I felt guilty about taking a spot away from another actor who fit the height requirement. I hated to break Jan’s bubble but  felt I had no choice.

Jan Marie had represented  me for several months. Apparently, she'd never considered my height. Many people are surprised to see how petite I really am. I have long legs and to this day live in heels. The fact that I was barely 5'3 was news to her.

I heard papers rustling on her desk.

Donna…okay I have the breakdown. Oh! You’re right. But I want you to go anyway.  You know how it is. They never really know what they want anyway. You’ve got the voice. What’s the worst that can happen?

I couldn’t say no to Jan Marie. She wouldn’t let me. Jan believed in me like no other agent ever had.

Saturday at 12:50. And the callback follows immediately at 1PM.  Bring dance clothes and be prepared to move.

She then told me that she'd snagged me the very last appointment of the preliminary call. She told me to "think tall" and wished me luck.
I chose 2 songs that I felt showed off my voice and got to work. 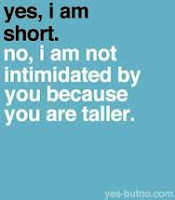 Then, I called Ty. Ty was a friend and costumer who had worked on Broadway and Vegas. (I think he’s in Branson now.) I wanted his professional advice in  styling a tall outfit and assisting me with my hair and makeup. Calling Ty was a brilliant move on my part.  By the time he’d finished with me, I appeared several inches taller.  He insisted I wear a dress to show off my long legs. He looked through my closet and pulled out a black cocktail dress that  I'd gotten on sale and never worn. The form fitting dress hit just below the knee and had a slit that showed “just the right amount” of leg.
He commented that the dress was class not trash.


He even told me what type of undergarments to wear to draw attention away from some areas while drawing attention to others.

He showed me how to  tease my hair to within an inch of it's life before pulling it into a French Twist. The poufy front helped to create the illusion of more height.

Before he came over he'd asked me what size shoe I wore and arrived with a pair of stiletto heels. I love high heels, but had never attempted anything this high. Ty drilled me by having me walk, then strut  up and down the long hallway in my apartment building until my walk appeared completely natural. I have no idea what my neighbors must have thought.
Before Ty left, I thought that maybe I had chance of making the company after all. I had no reservations about my voice, and with my new tall makeover, I just might be able to fake my way to the callback. Ty made me feel even more confident. by telling me that his roommate auditioned earlier in week.
You’ll be on the stage of the Schubert, and the auditors will be at least a third...maybe even halfway back in the orchestra section.  Their distance away from you will work in your favor.


﻿
﻿﻿ Saturday, I arrived at the stage door of Chicago's Schubert Theater. My newly fudged resume listed my height as 5’6.  Outside of the door I noticed a group of beautiful women dressed to the nines talking about their auditions.  Some weren’t very happy.  It seemed that none of them had sung their ballad, and some barely made it through 16 bars of their up-tempo selection.  And I noticed they were all over 5’6.  It looked like this was going to go really fast.


Auditions were running on time and in a matter of  minutes, I was led onto the stage of the majestic Schubert Theater. So many times I'd been on the other side of the stage in the audience. And so many times I'd dreamed of being on this side of the proscenium. In one of those OMG moments, I realized  I was actually on that stage in a professional capacity. In that moment everything became very real...and I realized just how much I wanted to book this job.
I gave my music to Sunny, the pianist, and moved to a mark at the center of the stage. From the stage all I could see was big black pit where the audience seats were. Then a voice from somewhere in the darkness said,  This is Donna Allen.
The pianist played my intro. I pulled myself up as tall as I could and I began to sing. My voice filled the theater and bounced back to me from the house.  By the time I finished my up-tempo selection  I felt at least 5’10.
A  voice from somewhere in the darkness asked if I had a ballad.
I was amazingly calm as I confidently  nodded to the pianist. I sang my entire ballad, pulling out all of the stops. 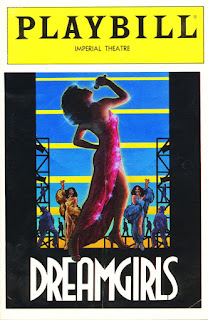 When I finished, I knew  I 'd done well.  And I stood there. And I continued to stand there to the point where I felt uncomfortable. I was expecting to be dismissed with  a thank you, or asked to stay for the callback, but there was silence.
I looked back at the pianist because she was the only person I could see. She smiled and nodded as if to say, “It’s okay. Just wait.”
That’s when I heard the voice from the dark again.

Miss Allen, just a moment please.
Then I heard several whispering voices.  There seemed to be a lot of people out there in the dark. Finally the voice spoke again…but not to me.
Sunny, would you do us a favor and go stand next to Miss Allen?
I thought that was odd. The pianist came and stood next to me. She was short!
Miss Allen would you please remove 1 shoe?

No! I’d come too far to leave now. I removed one shoe while remaining standing, perfectly poised on the opposite leg and my stiletto heeled foot.  There was laughter from the dark.

Thank you, Miss Allen. Would you humor us, and stand on stand on your other leg.

All of a sudden, Sunny became tall, and my true size--short, was revealed.

I took my music, and exited through the Schubert’s stage door, still not quite believing what had just transpired.  I hailed a cab, suddenly feeling severely overdressed and made-up in the harsh daylight.


﻿
So, I would never become a member of the Dreamgirls ensemble. I did take pride in the fact that I’d had a good audition. I still laugh at the mental image of myself standing on the stage of the Schubert Theater on one foot in my black cocktail dress.

Over the years there would be other auditions and other jobs.  I booked one job simply because I was the shortest woman who attended the call. They knew. Good things come in small packages.