In Rememberance of an Artist: Writer Steve Robinson 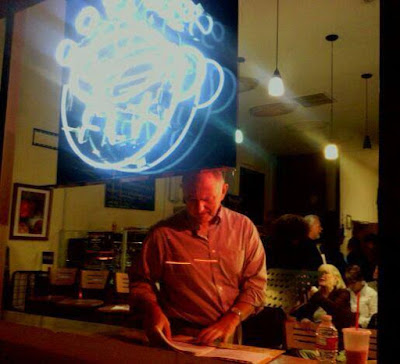 It had been a tough week for many of us with the passing of two exceptional artists: David Bowie and Alan Rickman, both who made notable impacts on our culture. But the untimely passing of another artist from within my own circle left me shocked, stunned and without words. It's been just over a week now, and have once again found my voice. I'd like to share a few memories of another exceptional artist: a talented writer and very dear friend, Steve Robinson.

Steve was a tremendous writer, storyteller and performer: a true artist. I first met him several years ago when my husband and I found our way to Story Salon when I was looking for a venue to try out  material for a future solo show.

Among that night's performers was Steve Robinson. He impressed me with his words, brutal honesty and engaging storytelling.

Later, as I got to know him, I learned that I was familiar with some of his work. Since 1981 he had watched TV professionally when he worked for TV Guide writing listings, Close-ups and criticisms for TV GUIDE Magazine/Online. But I soon learned that Steve was an amazing writer who, over the years, would share stories of Hollywood, women and nighttime drives along deserted two-lane highways.

Many of Steve's stories can be found in his book, Why Stevie Can't Date, a collection of autobiographical short stories.

In his own words, Why Stevie Can't Date grew from my participation in Story Salon, L.A.'s longest running storytelling venue. I like to say it's about a couple of cars; a couple of girlfriends; a couple of wives; a couple of hookers; and a couple of days in jail. But not necessarily all together.

Jay Leno said, "Steve's life is a lot like Hugh Hefner's, but without the money, the women or the mansion. Most guys lie about sex. Steve doesn't. He makes the same mistakes we all make, but he tells you about them. A funny look at growing up on the fringes of show business."

Steve had an incredible sense of humor and the most wonderful laugh. He must have inherited this gift from his father, 50's radio host, Henry Morgan.

Steve always supported his friends and fellow artists. Not long ago, I began to produce fiction nights at Story Salon. I was the newest producer at the salon, and unsure of  how receptive our Salon members would be to something different. (Our storytellers tell true first person narratives.) I wanted strong writers for this first show, and Steve was the first person who came to mind. However, I was hesitant to ask him.

By now, Steve had moved to Laughlin, Nevada, almost three hundred miles away. He made the four and a half hour drive to Los Angeles every four to six weeks to attend and perform at Story Salon. He'd drive directly to the Salon, then immediately afterwards, drive back to Nevada. I often feared for his safety driving alone so late at night, and once asked him about the long drive. I knew he'd often steer clear of the interstates to travel the forgotten desert roads that many times were only lit by stars. His reply, "Donna, I love it!"

I did ask him to participate in the first fiction night and at first, he hesitated. "I'm flattered, but I've never written fiction."

This surprised me, but I also had a feeling. "But I believe you can! If you write something, I'd love to have you on the show."

And he accepted. The drive and distance was never an issue. The important thing was that he was supporting a friend. As a result, he pushed himself in a new direction. His story that night was incredible. I dropped him a line to tell him. 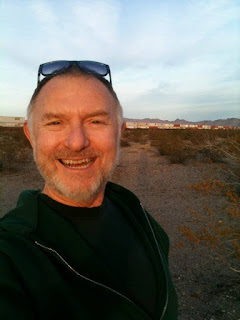 Hi Steve. Thanks again for coming to LA  last night. Your piece was weird, wonderful and more than a little creepy...in a good way. Thanks for going there! I'm so glad that you allowed yourself to stretch by venturing into the realm of fiction. By asking you to participate I may have opened the (fiction) door for you, but you walked...or ran through that door on your own power, and the end result was excellent. It was in you all along! Take care. Donna

He responded the next morning.

Steve:
Donna, thank you so much for opening that door and for these most kind words about the result. A wonderful, exhilarating experience! See you soon. Steve


He would return to Los Angeles a few more times to read more of his original fiction. I was always grateful.

Steve's performed his last story at the Salon on November 4, 2015. I was not there. I was under a self- imposed deadline of November 13 for the publication of my second novel Fall Again: Lost Boy. In a rare move, I'd stayed home to work. When I learned that Steve,( a supporter of my writing and my series, Fall Again), had been in town I was disappointed that I'd missed him. I looked forward to seeing him later.
Unfortunately, later sometimes becomes never.

Steve was a kind, generous and creative man. He was respected, well-liked and much loved. He touched many lives and will truly be missed.

My words truly do nothing to describe Steve. To know him is to experience him through his own words. Here's his last story performed at the Salon on November 4, 2015.

There are many gifted and talented people working in the artistic and performing arts. Most of these artists will never achieve fame or notoriety, though neither of these thing are measures of talent or ability. Most tragically, the general population will never have the privilege of experiencing their work, artistry...or magic. During a week when we lost two artists named David and Alan, we lost at least one more. His name was Steve. 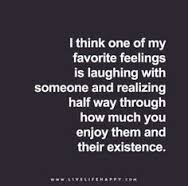 As I remember Steve, I find it strange that I don't visualize him where I saw him most--onstage telling one of his stories. Instead, I see him behind the wheel of his car. He's driving down an infinite two-lane highway. Above him are the moon and stars of a brilliant nighttime desert sky.